Administration employees and teachers had the idea to transform the Instituto de Ciencias Básicas into a faculty. This idea was supported by Student´s Center, which letter addressed to the Rector of the UNA, at March 12. 1990, fully justifies the need for a change of status, justifying the general criterion that “the function developed by the Institute should be strengthen and, where possible, increased”, maintaining the characteristics that had given to the institution an identity within the scope of the university in its almost 28 years of existence.

With regard to the note of April 20 1990, signed by the directors of departments of biology, mathematics, chemistry, physics and geology,  it was stated that this transformation would make it possible to strengthen the contribution to economic and social development,  concerning  to education and training of qualified personnel in the exact sciences, in improving the quality and efficiency of scientific education and a better utilization of the natural resources and the improving of technologies  required by various sectors, among others.

April 24.,  the managing Director  of the ICB, Prof. Dr. Narciso González Romero, summarized  the unconditional support, which would contribute in the field of science and technology, bringing necessary elements to  prop up a sustained and consistent development with the national reality.

The Facultad de Ciencias Exactas y Naturales is created under the administration of the Rector Dr. Luis Berganza, at june 21, by Resolution Nº 2941 – 00 – 90.

The Rector recommended a special authorization for Dr. Narciso González Romero, who would be the first person in charge of Dean of FACEN – UNA, to organize and operate the newly created academic unit.

At the end of that year, the University Council arranged, through Resolution Nº 2843 –90, that the person in charge of Dean, Dr. Narciso González Romero, organize the trespassing of the degree courses from Instituto de Ciencias Básicas to FACEN – UNA, demanding that special care be taken in the negotiations they made to the curricula, which in those years affected other acadmic units of the UNA.

In its first years, FACEN had five offered degree courses, which were:   Bacherlor’s in Sciences Mention Geology, Biology, Chemistry, Mathematics, Statistics, Physics and the Degree in Production Technology.

The Faculty Council formed a Scientific- Academic Coordination Committee for the need to establish an institutional development policy and to evaluate the FACEN’S academic and scientific aspects in those years. Res. Nº 49/91 del 26-09-91.

The HCSU approved the FACEN’s internal general regulation in December 12 1991, by Res. Nº 3481- 00 – 91, Acta Nº 680, establishing the organizational structure. The Scientific-Academic Cordination Committee, created in September 1991, handed over on April 24. 1992 the preliminary report on the curricular evaluation of the courses offered at that time by the institution.

It was estimated that the foundational and institutional reorganization period would last the first five years of the 1990s, which was reality, in experimentation, given the complexity involved in carrying out such a task.

The most important things to highlight from that document are:

– Curriculum assessment permits to identify the institution’s needs concerning to plans and study programs of each career.

– Was detected in this study, the need to elaborate a professional profile for each degree.

– It was pointed out the low preparation of the students, proposing the implementation of a plan that permits the improvement of the knowledge of the students who wish to enter the faculty.

The overlap of contents of the curriculum subjects between one subject and another; the inadequate orientation of the subjects according to their nature; the inclusion of subjects of little relevance as to their content, and a “divorce” is detected in the methodological treatment of the theoretical part and practice in the same subjects.

It was found that the scarce utilization of active and appropriate teaching-learning techniques, as well as the technique of research, was little more than satisfactory; it was understood that the most frequently used teaching technique was the teacher’s oral presentation.

Again it was express the concern about the necessity of improvement in terms of physical conditions, material resources and the availability of financial resources for the proper implementation of study plans.

It was mentioned the necessity to offer pedagogical assistance to teachers, so they could have the same preparation to improve teaching quality. It was proposed the implementation of a plan for teacher training that would cover the technical, pedagogical and scientific aspects, which would contemplate actions inside and outside the institution.

Considering that the evaluation mechanism came from ICB, it was argue that there was a lack of criteria uniformity regarding the administration of this evaluation system, for which it was proposed as a solution the application of an evaluation system with the objectives pursued in each career that would allow evaluating quality and quantity of knowledge.

The reason of the creation of FACEN

The central task of FACEN, at the beginning of the nineties of the last century, was to offer careers that were frame in macro disciplines of the exact and natural sciences and their technologies, faced from the research in its dimension of creation of basic knowledge or applied as an update of the already known, oriented to the solution of problems posed by the national economy and the ecological environment. The interdisciplinary character was consistent with the objectives, assuming as a guiding principle that research, whether of creation, updating or oriented to concrete problems, was the core of its teaching practice.

– Extended and multipurpose base training

– In the specific of each specialty, besides the fundamental aspects of the same, that the student dominated the logic that corresponded to the reasoning of the same one.

– Concerning for student’s personality development, so that the student acquired the curiosity and the will to learn, keeping it during its intellectual and professional life.

– That the student formed its responsibility and that it be oriented to its aptitudes and capacities, but also of its aspirations and motivations, without neglecting the labor necessities of the society.

– Adaptation and divulgation of knowledge according to the need of its users.

– Production of goods and provision of services to individual, business or entities that demand it.

The FACEN, in the Comprehensive Nuclear Test Ban Treaty Organization (CTBTO), continued with the collaborations officialized since the year 1989, being designated Prof. MSc. Juan Carlos Velázquez  as National Director, by Resolution 566/91 of the National University of Asunción. The Laboratory of Seismology of the Institution, created at that time, is dedicated to monitoring everything related to the telluric movements in addition to being an integral part of the Comprehensive Nuclear Test Ban Treaty (CTBT), which is an instrument that prohibits the conduct of nuclear tests in the atmosphere, hydrosphere and subsoil.

In the 1990’s, two persons in charge of the Dean were succeeded:  Prof. Narciso González Romero during the first stage of structuration of the new Faculty of Exact and Natural Sciences; then Prof. Oscar Esquivel was in charge of the implementation of the careers as requested by the Rectorate of the UNA.

In year 1996, he left the position of the last person in charge of the Dean, and the first elections were held for the integration of the first FACEN Directing Counsil, consistent with the legal processes established by the Electoral Tribunal in relation to authorities.

The first elected Dean of FACEN was Prof. MSc. Rubén García, mathematician, who served until 2006, when he leaves after two terms. The election of the new authorities, in 2006, resulted in the assumption as Dean of Prof. Constantino Nicolás Guefos Kapsalis, who to this day serves as Dean of the institution. 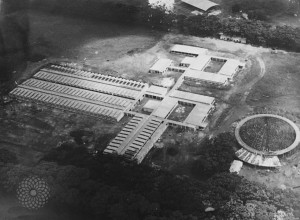 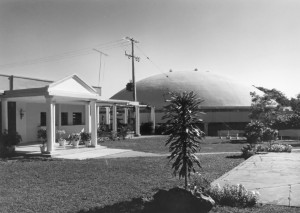 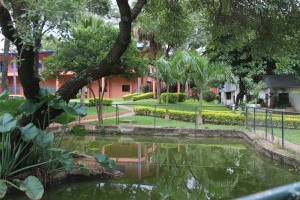 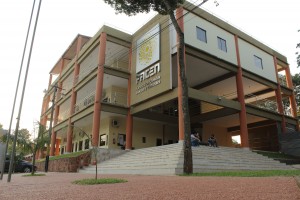 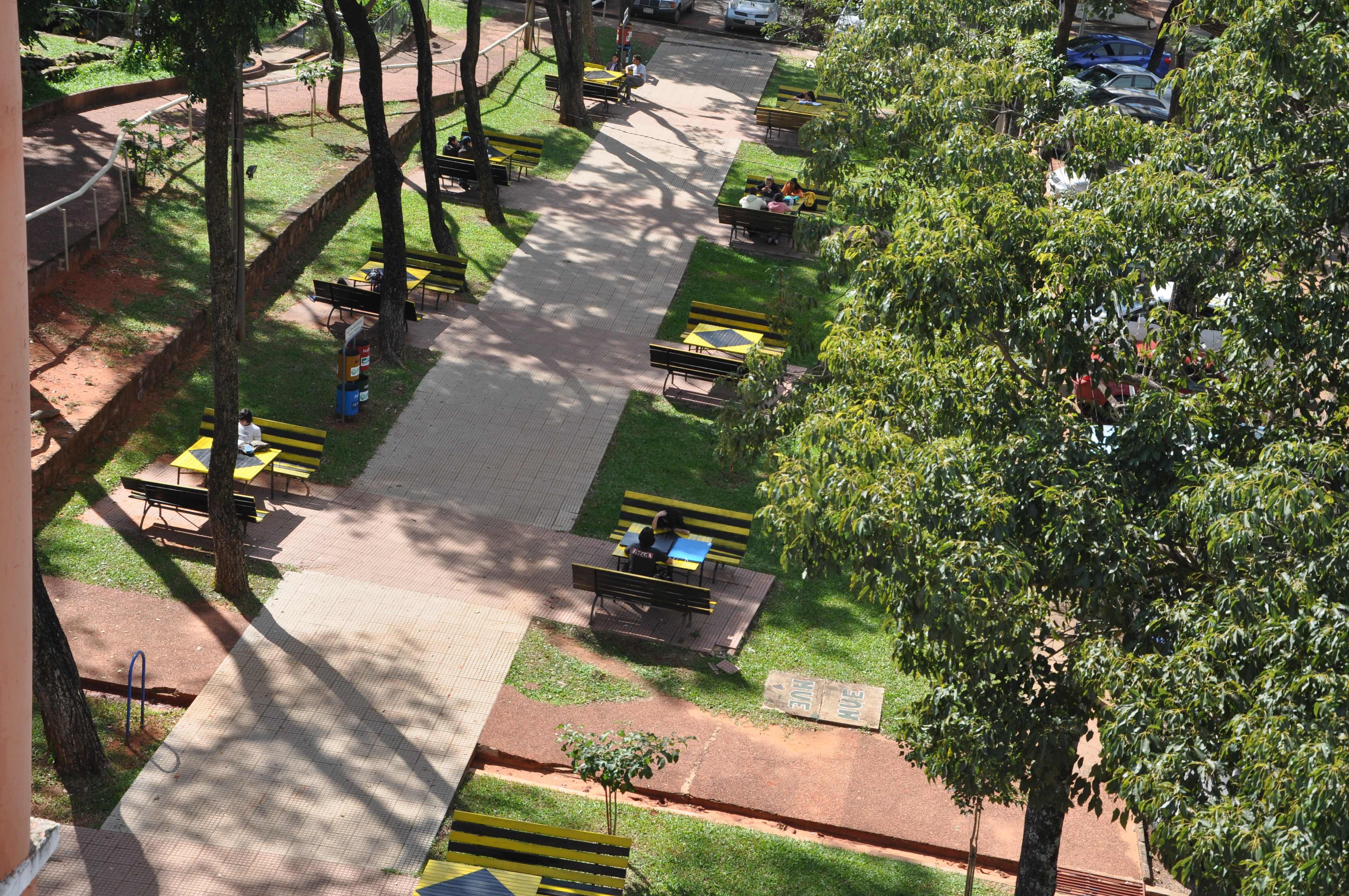